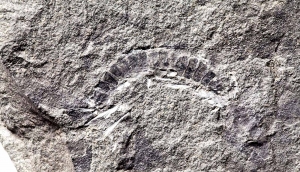 New calculations of the age of key sedimentary rocks at two sites in Scotland have clarified the timescales of the change from lake margin communities to the much more complex forest environments of the Devonian period. It only took 40 million years for this transition, a much shorter timescale that molecular clock calculations had suggested.

Just 20 million years earlier, life in the oceans had suffered a significant mass extinction with the loss of 85% of species. This late Ordovician mass extinction was thought to have a different origin than other mass extinctions in geological history, that are associated with global warming related to large-scale volcanic activity. Recent research of the rocks at Dob’s Linn in the Southern Uplands has changed that, by detected evidence of a spike in mercury levels, which combine with other evidence to suggest that sustained volcanic activity and oceanic anoxia.