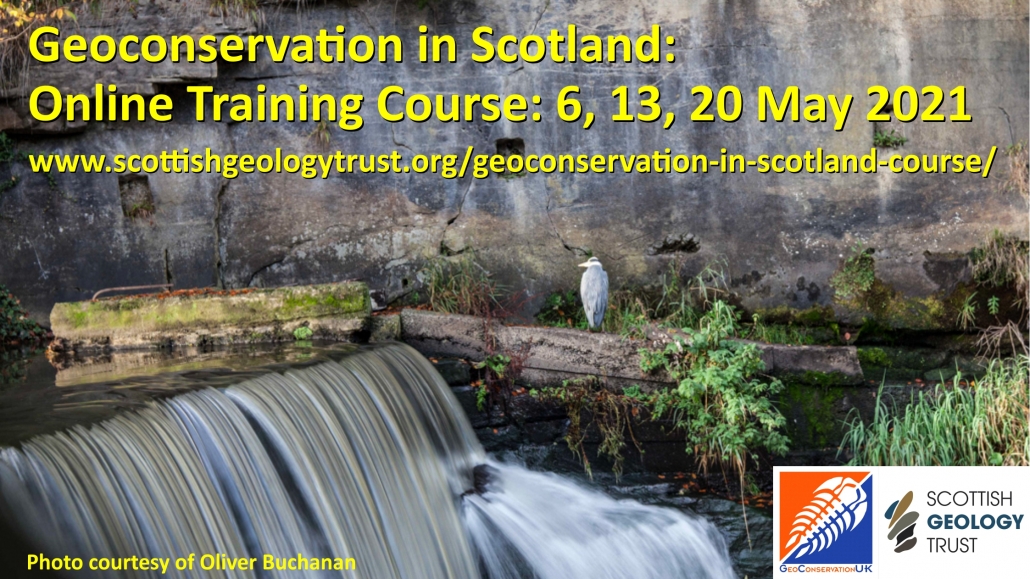 Geoconservation can be defined as action to conserve and promote geodiversity. In Scotland, there is a long history of work by local geoconservation groups to designate and promote Local Geodiversity Sites: the most important places for geology, geomorphology and soils outside statutorily protected nature reserves and Sites of Special Scientific Interest (SSSI). The designation of Local Geodiversity Sites is one way of recognising and protecting important earth science and landscape features for future generations to enjoy.

Local geoconservation groups work with local authorities to designate Local Geodiversity Sites, and work to raise awareness of sites and geodiversity through publicity such as leaflets, booklets, posters, interpretation boards and websites, and by developing access and educational usage of sites and trails. Local Geodiversity Sites were previously known as RIGS, Regionally Important Geological and Geomorphological Sites.

The Scottish Geology Trust is keen to support and promote geoconservation in Scotland. Geoconservation is an important component of several of the themes of SGT activity, particularly “Engaging People and Communities” and “Science and Society”. We would like to encourage more people to get involved in identifying, monitoring and promoting LGS in Scotland, by supporting existing local geoconservation groups and perhaps in time establishing new groups.

This free online training course, delivered in partnership with Geoconservation UK, consisted of three sessions that gave an overview of geoconservation in Scotland and the monitoring and designation of Local Geodiversity Sites. Recordings of the presentations are available via the links below.

What is geoconservation and what do local groups do. This will include a brief introduction to the planning system in Scotland and examples of how geodiversity has been included in Local Development Plans.

In central Scotland there are many existing Local Geodiversity Sites that have been designated in the last 20 years, but up until now there have not been systematically monitored. It is proposed to start a monitoring programme, using standard techniques developed by GCUK.

How do sites get described and designated? An introduction to the site forms already in use in Scotland, and what types of information needs to be recorded to fully describe a new site. We will also consider the process that might be involved in getting sites designation and included in Local Development Plans, drawing on recent work in the Scottish Borders.