The fossilised remains of an ancient fish discovered in South Ronaldsay, Orkney contain the world’s oldest known unborn embryos. The fish is Watsonosteus fletti (an the arthrodire placoderm) from the Eday Flagstone Formation.

Lead author of the paper, Mike Newman, told BBC Radio Orkney: “We were sectioning just randomly really, and we saw what makes up the bones, even though it is fossilised. And then we went through the body cavity. Inside we found the gut contents. But then there were these strange, very thin, little bones. And it became apparent, by looking at the detail of these bones, that they were actually the young of the adult.”

Image below from the paper published in the journal Palaeontology. 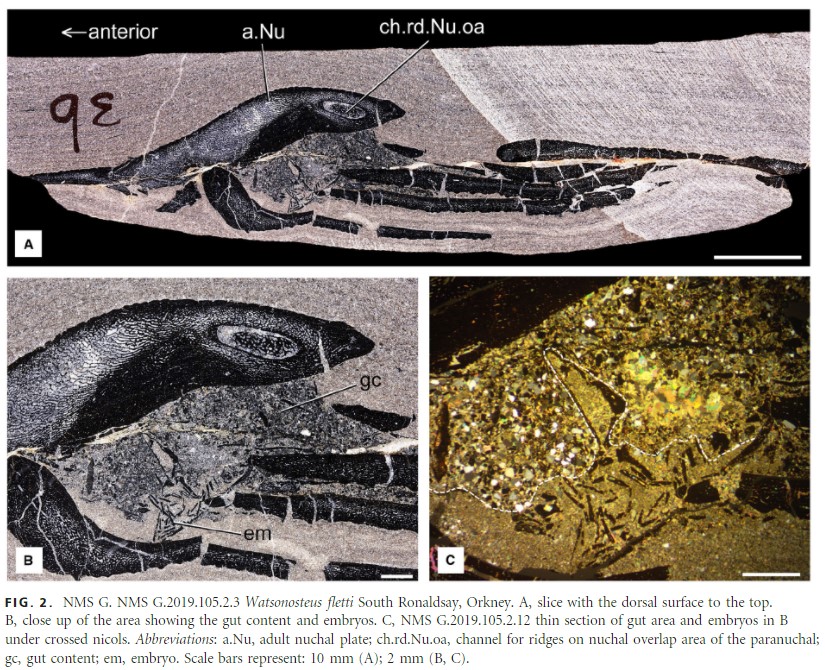