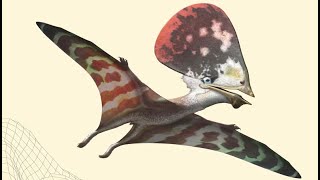 Twenty-five years ago, the first feathered dinosaur was reported, Sinosauropteryx. There has been a revolution in dinosaur palaeobiology since then, driven by thousands of amazing specimens from China plus new analytical methods. In 2010, we were among the first to develop a new analytical method to identify the colour of feathers, including the feathers of dinosaurs. Suddenly the ancient world came to life!

Since then, the methods have been criticised, tested, and applied to many exceptional fossils of dinosaurs and birds, and the plumage colours and patterns reconstructed. These methods are scientific, meaning they can be tested (and so far they have withstood critical testing), and they make definite predictions about the colours of dinosaurs and other extinct animals.

In a new collaboration, Mike Benton works with renowned palaeo-artist Bob Nicholls to bring to life 15 dinosaurs, birds and pterosaurs from all continents, and to show in detail how they looked in life. For the first time, we can believe what we see in the reconstruction, based on intimate study of skin, scales, and feathers of these ancient beasts. Mike and Bob’s book ‘Dinosaurs: New Visions of a Lost World’ is published in September 2021 by Thames & Hudson.

Join the Friends of Hugh Miller online for this, the Third Trewin Lecture. Contact admin@thefriendsofhughmiller.org.uk for further information.